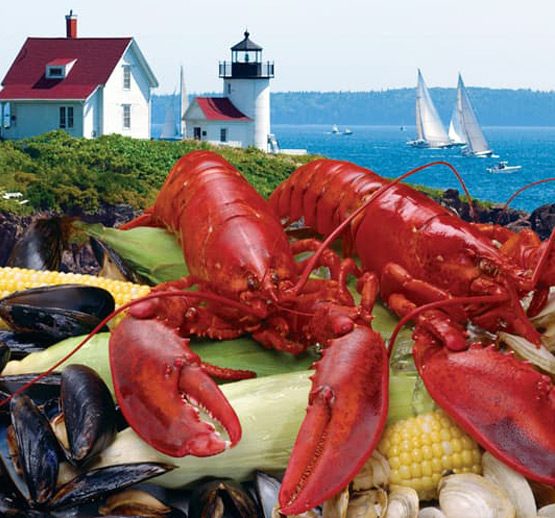 Besides lobster, we have an assortment of other wonderfully fresh seafood, such as shrimp, clams and oysters on the half shell. Bacon and sour cream cheesy fries, cole slaw, clam chowder and lobster bisque

Shack lobster roll is a heavily fresh-lobster-laden salad on a deliciously toasted roll specially made for the restaurant. The sandwiches come with mayo but may be ordered "naked," with drawn butter and lemon wedges on the side. Besides Lobster, the Shack provides an assortment of other wonderfully fresh seafood, such as crab, tuna, fish, shrimp. Bacon and sour cream cheesy fries, cole slaw, clam chowder and lobster bisque also round out the menu. But, here Lobster is king.

ALWAYS FRESH INGREDIENTS
Few meals equal the joy of eating fresh, succulent lobster! At Old Port Lobster Shack, you will find a genuinely authentic New England lobster shack. To really enjoy lobster at its peak, it must be eaten fresh. Freezing the lobster toughens the meat. Old Port Lobster Shack flies in fresh lobsters several times a week. Be prepared to eat the freshest lobster on the West Coast!

Show Your PRIDE... Let us know you found us at GayPinkSpots.com